What do budding industrial designers, a professor in industrial design, couple of material scientists and an entrepreneur have in common? A thirst for novelty and the desire to help people. The venue was perfect with movable chairs, a whiteboard, projector, an audio system, just in case, we lost our ability to shout. Ranjan had arranged for flipcharts, markers and motivators. Motivators are little chocolate blocks, which go a long way in crafting excellent design from anyone. Shankar(LinkedIn, Twitter), the lead facilitator, started off with a brief introduction on what innovation is.

“Bringing insightful ideas into a market”

There are 3 stages of _!nnovation flow _-

Escape & Align is about “What all can solve this problem?” “Are my ideas science fiction or are they aligned to my organization/customers?”

Move is about “How do take it from here into the future?”

Sridhar(LinkedIn, Twitter) gave an overview of Thatva which was a big part of the workshop as it gave a workspace for the teams to work out their ideas. The Thatva tool guided the teams to formalize their plans.

6 ladies were appointed team captains and was asked to form their own teams of 4 members. There was intense chaos, but resulted in naturally formed cohesive teams.

Task 1: Pick a socially relevant problem to solve and name your team.

Task 2: Draw a good logo for your team

All logos are given below. Their logo pretty much depicts their problem statement as well. A fun way to focus, we thought. 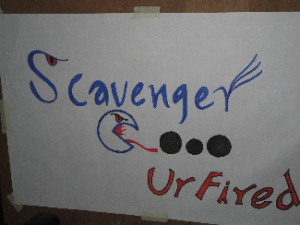 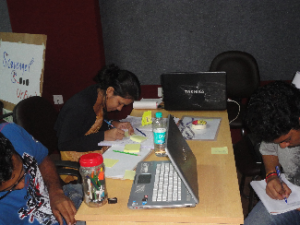 Whacky team, and a creative one!

Logo that made us cry 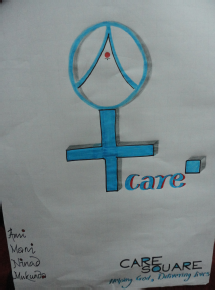 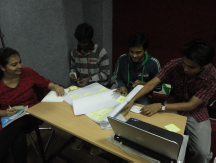 Democracy at work, this team, everyone was listened to, well, almost everyone ;-)

Logo that was corny

Tagline says it all

Logo that had one guy do all the work 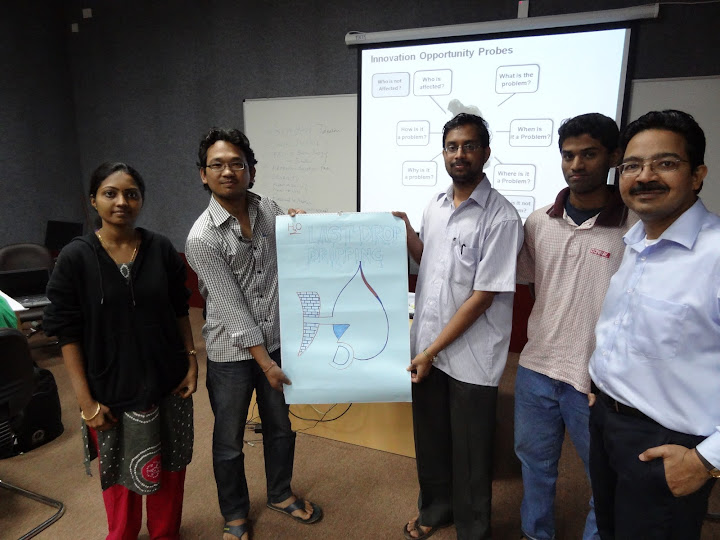 H3O - the logo that required a long winded explanation

Once the slogans, logo, initial discussions were over, ’twas analysis time. Top 3 benefits, 3 deficiencies, 3 dollar costs of the current situation was analyzed. 5-whys applied to find root cause of the problems, rather than stop at the first instance of trouble. The budding designers really liked the simplicity of the tool and the impact that the tool left. 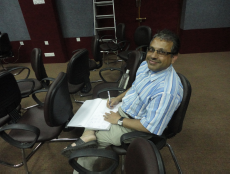 Incubation Time: The teams had to draw in pictures their problem with a funny restriction - No Words! SIPOC or supplier, inputs, process, output and customer was used as a template for the function mapping. This was given as overnight assignment.

Day 1 drew to a closure. We had promised a day of hardwork and so it was, big grind.

Day 2 started with Sridhar guiding the teams to enter their output into Thatva and some basics on business plans.

Today was fun day - Started with silent brainstorming - Write down all ideas that pop in to your head to solve the problem as illustrated in the various tools of Focus. As much as 30 ideas emerged per team. Guided ideation - SCAMPER or substitute, combine, adapt, minimize/maximize, put to other use, eliminate, reverse was put to use. The teams found SCAMP quite good and added more ideas to their kitty. For Adapt, role play was used. Questions like “What would Superman do [if he were to solve your problem]?” not only sent out giggles around the room, but some unheard of ideas. Eliminate and Reverse were the toughest ones for the participants. Some really good ideas emerged for teams who persisted with their thinking.

What does a team with a lot of ideas do? Giggle, snicker, doze and merge ideas into a concept. A concept chart was drawn out of all or most ideas during the session. This was presented amidst some power outages as seen in the pictures. Nothing stops enthusiastic students from presenting their ideas.

This ended a great 2 half days for all of us. The students didn’t realize that they had taught the facilitators a great deal more than what was expected. A grand gala lunch followed in Nesara restaurant in IISc, Bangalore. We were richer by a few more facebook friends! Of course, a big thanks to Prof. Amaresh Chakrabarti and all his enthusiastic students who gave us the opportunity. 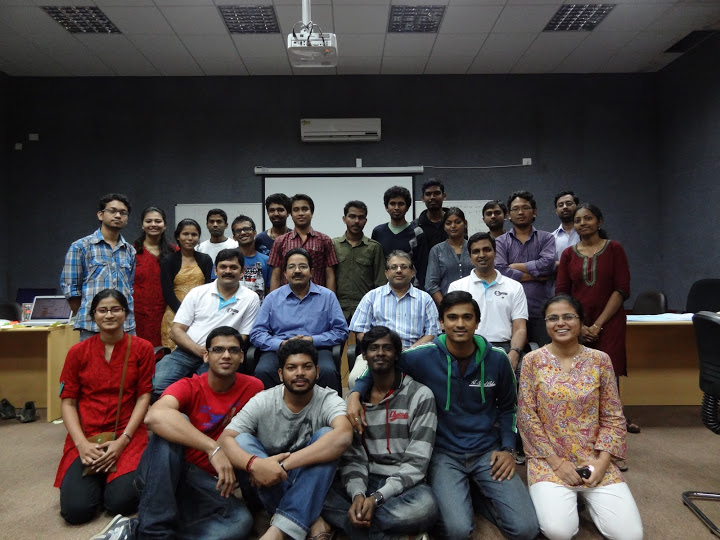 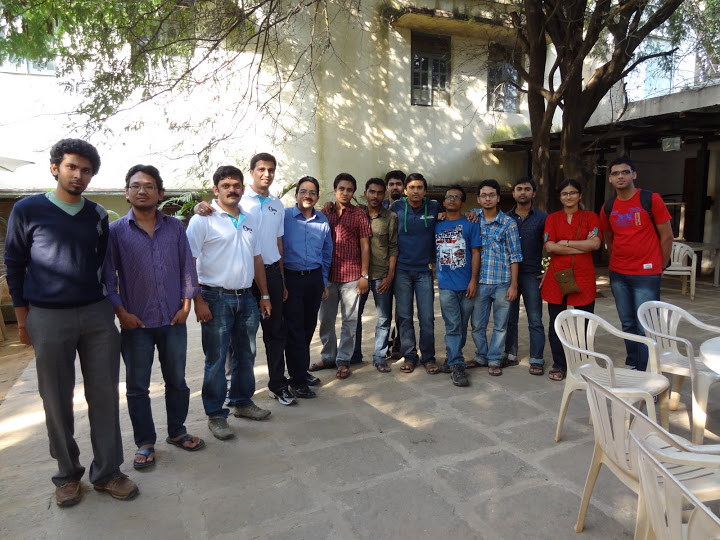