How to get kids off mobile screens - application of inventive methodology - 0.4

Murali Loganathan is a guest blogger on my website. Murali and I have been working on this project for a few months now with two objectives in mind-

Part 0 Step 0.4 – 0.6 Quantitative characteristics and conditions where the innovation will function

To be honest we did not expect this to happen so quickly, Apple being pushed by major shareholders to fix youth/children getting addicted to devices. So the problem we chose for solving with ARIZ is still relevant and timely.

In this post we will look at figuring the required quantitative characteristics. Currently it is not difficult to find numbers and metrics for any of the system characteristics, irrespective of your domain.

We used fairly basic set of tools like statista, wikipedia, research reports and google play store meta data to figure most of our quantitatives. These included video (that takes a major chunk of time in the form of binge watching), mobile games and available opportunities in those.

0.5. Increase the required quantitative characteristics by considering the time for implementing the invention

0.6. Define the requirements of the specific conditions in which the invention is going to function.

So we figured the following conditions.

In our next post we will look at Part 0 Step 0.8. Define the problem more precisely using patent information and summarize our learning from part 0.

Here is what we did for our problem you can skip the rest of the post…as it contains problem specific characteristics and lists sources of those data… if you are already working on a different problem you may want to focus on collecting data for that problem.

Google play services that has all the necessary permissions to the data that we need for building a layer of control or behaviour changing app. https://play.google.com/store/apps/details?id=com.google.android.gms&hl=en

API and service access of play is available for client apps through https://developers.google.com/android/guides/api-client

Deloitte Global predicts that in 2016 mobile (smartphone and tablet) will become the leading games platform by software revenue, generating $35 billion in revenue up 20 percent from 2015. This compares to $32 billion for PC games and $28 billion for console games, up only five and six percent respectively from the previous year.

However we expect average revenue per game by platform to vary significantly. We forecast $4.8 million per console game available, $2.9 million per PC game, but only $40,000 per mobile game. While many tens of thousands of companies create mobile games, we would expect only about 200 mobile games companies will gross over $1 million in 2016.

One key characteristic of the mobile games market is low barriers to entry. A typical latest-generation console or PC-based game costs tens of millions of dollars to produce, a similar sum to market, and can take several years to develop. Mobile games can be created in mere hours. This has contributed to a profusion of mobile games titles. As of the start of 2016, we estimate app stores will offer more than 800,000 mobile games; this compares to 17,000 titles available for games consoles and PCs. Every day a further 500 mobile games titles are launched on a single platform.

The immense number of mobile game titles renders many new titles invisible without substantial marketing spend. If mobile games publishers cannot afford a TV campaign, they could use outcome-based advertising, such as app-install ads. However this can be expensive. A mobile games publisher might pay several dollars per download with no resulting revenue. And since the predominant business model for mobile games is freemium — whereby games are downloaded for free and additional content is charged for — the vast majority of mobile players can (and do) spend tens of hours playing without having to pay a cent.

The large investment required for a mobile game to stand out from the crowd is likely to keep the market stratified in 2016. We expect about 80 per cent of mobile games revenue in the top 1,000 titles to be earned by the top 20 publishers in each region: that leaves the remaining 20 percent of mobile games revenue to be shared among many tens of thousands of developers. One survey of 8,000 developers found that 17 percent generated no revenue; 18 percent made less than $100 a month, and half made less than $1,000 per month.

Given these market characteristics, we predict that the rise of mobile games, in terms of revenues, will not ‘eat’ console and PC games revenues in the medium term: the three platforms will co-exist, with each serving largely distinct needs, underpinned by different business dynamics.

We expect games play to remain a principal usage of mobile devices and predict that in subsequent years mobile games revenues will continue to grow, propelled by both a rising base of mobile devices, and a marked increase in device specification, particularly for smartphones. However, life may become increasingly arduous for some mobile games publishers, potentially leading to some major players exiting the market in 2016 or 2017.

Number of apps is one of our key concerns and more than the revenue of apps or video.

Shows that 46% installed daily app used are games, but basis age is 18-24, which is slightly beyond our target user group.

52% games installed are discovered through family/friends that comes close to what we see.

Also of note is 3 in 4 expect apps to be free and are willing to pay only $1.5 per game app category downloaded on average versus overall $2.2 which is 33% less and that $2.2 is also falling as a global trend

https://en.wikipedia.org/wiki/List_of_best-selling_video_games#Mobile_phone has the entire trending on revenue history across various categories.

“In a survey sponsored by the Commission, 24% of children between the ages of 11 and 16 included at least one M-rated game in their list of three favorite games.”

This is an interesting solution emerging with voluntary rating of apps and content in the apps, which can be used to control installation of apps. 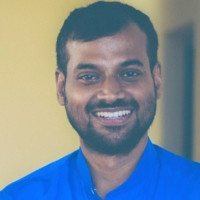 Murali Loganathan is an independent consultant and research scholar in innovation and economics at IISc, Bangalore. Murali had earlier successfully set up and ran Target Accelerator, country’s earliest retail technology accelerator program, which went on to be recognized by Zinnov for its meaningful ecosystem enablement. He led Target India’s alliance efforts across startups, investors, academia, labs, MNCs, associations and incubators. Murali as a pragmatic open innovation practitioner has helped corporations experiment through idea management systems, open source initiatives within the enterprise, prototyping, hackathons, and intrepreneurship programs.