Bugs Bunny and His HR Problem

These students from the HR division (Team Bullseye) submitted the following story (based on a true story) as part of their course on design thinking. They used the Karmic Design Thinking methodology. I found it very entertaining and educating. Their selfie of the entire team which wrote this piece is on the way. Pigeons take time to deliver messages, you know ;) I had fun reading this. Hope you do too!

Once upon a time there lived a rabbit named Bugs Bunny. He was employed by Mr. Kangaroo who ran a carrot cultivation farm. Mr. Bugs Bunny was very hardworking and dedicated employee and always loved to give his best. One fine day when he was picking up the carrots, his assistant, Ms. Chipmunk came running to him informing him that his mother broke her back after a monkey on the tree accidently dropped a coconut on her. She was immediately hospitalized and Bugs Bunny rushed there.

There he met Mr. Fox who was the doctor attending to his mother. He reassured him that she will be alright but requires immediate surgery to avoid further complications in the future. He suddenly recollected that there existed an HR service desk in his company, so he immediately called them up to enquire about the policies for medical reimbursement for family and the maximum amount he was eligible for. The call was attended by Ms. Sloth. She picked up the call and asked him to wait for some time while she clarifies his doubt with her superior. Mr. BB stayed on the line for almost 15 minutes, when she finally returned and said that she doesn’t not have the required information and will get back to him in a couple of days. He was utterly frustrated with the lack of proactivity on her side but still had hope that he would get some money towards reimbursement. As the situation called for immediate measures, he used up all his life savings to pay for the operation. But he was relieved that his mother was alright. He stayed with his mother, taking good care of her. He had delegated his duties at the farm to his colleague Porcupine for the time being. He returned to work in 2 weeks after hiring Swan to take care of her whenever he goes for work. He efficiently was trying to catch up on the work and on the first day back on the farm, he went to meet Ms. Sloth to enquire about the reimbursement. She still, couldn’t recollect what he was talking about, he apprised her about the details once again. Then she said “Oh ya I remember!”, but I’m really sorry to say this to you, but the deadline for applying for reimbursement passed and unfortunately it was yesterday. 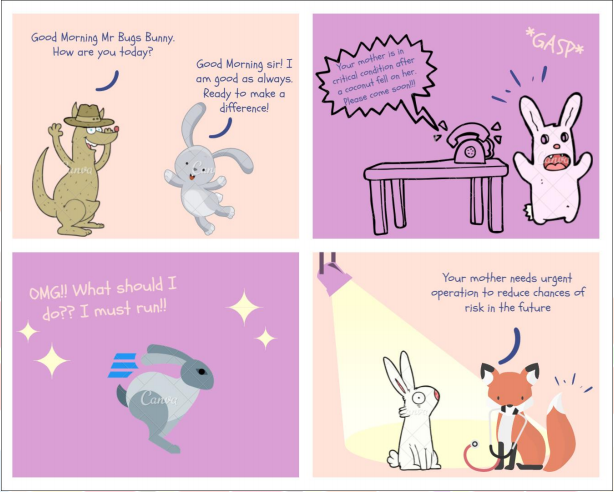 Bugs Bunny lost all his calm and was enraged at the sloth for her lack of interest and ignorance. He came back home dejected that he lost his eligible money. He started going to work but not like how he was before. He was always demotivated and no more had the interest to go to work. He rarely met the target number of carrots to be picked and stopped communicating constantly with this Mr. Kangaroo as well as peers.

Meanwhile, Mr. Kangaroo was noticing all this change in the way of working and started worrying that he might lose a very competent employee. He reached out to Bugs Bunny’s assistant Ms. Squirrel to know exactly, what went wrong. She filled him in with all the stories and events that Mr. BB had to go through. Kangaroo could empathize instantly with Mr. BB and decided to tackle the problem by its root. The first thing he did was to call up a meeting with BB. He told him that he will be given the entire money that he was eligible for and in exchange is asked him for his loyalty to the company restored. 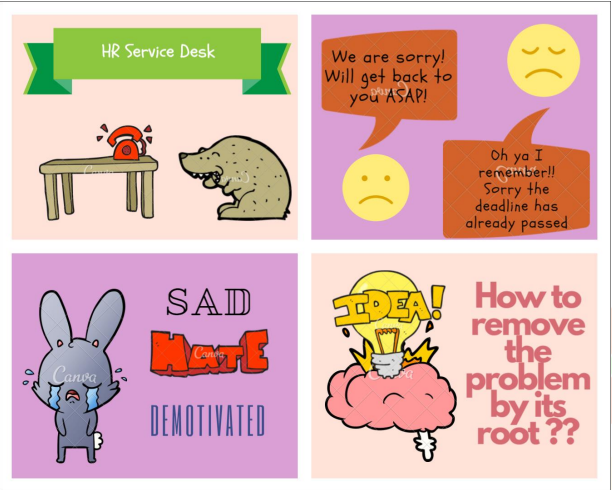 He called up a meeting with his top officials to set up a team to remove the problem by its root. He set up a team consisting of:

They understood that the problem needs to be solved since:

They discussed and came to a consensus on what actually the problem was. It was nothing but the inefficiency of the HR service desk to resolve employee queries in a speedy manner. They brainstormed and came up with the following features to eliminate the problem. They classified their aims into 2 parts:

All these actions were intended to make the experience with the HR service desk of the employee a better and smooth one.

The roles of each of the implementation team was defined as the following:

They decided on implementing the plan of action in the following phased manner:

They decided to measure the effects of new systems by measuring the following:

After 8 whole months, Mr. Kangaroo could see the drastic change reflecting in employee attitudes and Mr. Bugs Bunny was ecstatic that no other person would have to go through the same mental agony that he had to.

The environment change had led to: 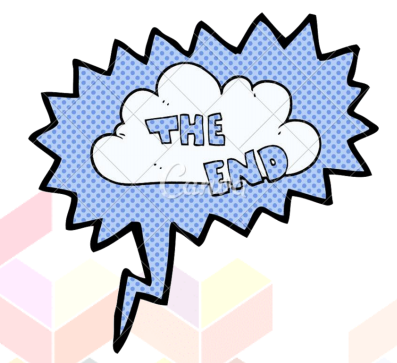 A team of enthusiastic students from the HR specialization at SIBM, Pune. As of this writing, they are on their way to spectacular careers. The team consists of Ashish Tigga, Barun Kumar, Deotima Saha, Sarvesh Nayak, Sharika Ravindran and Sourav Dutta.